A top calendar for the tenth anniversary
The tenth season of the International Padel Experience By Madison is ready. The tournament, consolidated as the [...]

Bullpadel and the International Padel Federation renew their alliance
Bullpadel maintains the Official Ball Category, and added in this new stage of the agreement, the Categories of [...]

A top calendar for the tenth anniversary 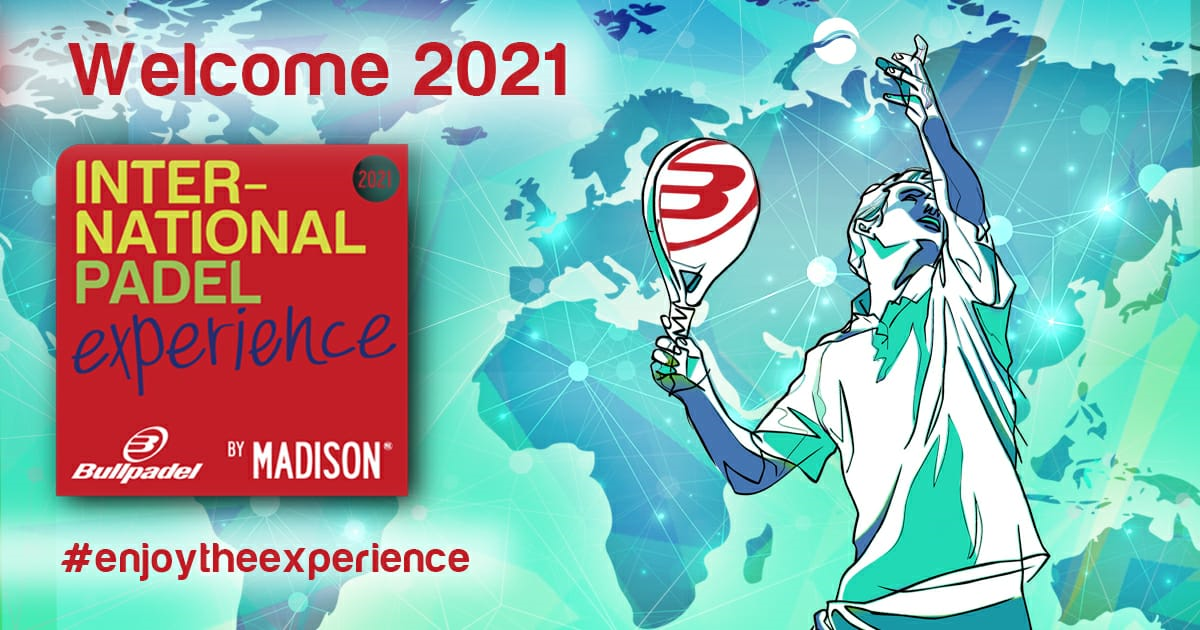 The tenth season of the International Padel Experience By Madison is ready. The tournament, consolidated as the one and only international amateur padel circuit ones more, counts the days to kick off a new calendar with more than 30 venues and 18 countries.

The circuit will start with a double appointment, from May 28th to 30th, in Beziers, which repeats as venue in the Beziers Padel Club, and in the newcomer P90 Sport of Palencia, city that opens on the circuit and also becomes the first national event of the route.

Countries such as Spain, Italy, Portugal, Ireland, France, Andorra, Holland, Belgium, Poland, Malta, Greece, England, Finland, Estonia, San Marino, Denmark, Chile and Paraguay, will be present in the tenth anniversary of the IPE by Madison, which has not stopped its growth since that first edition in which London, Lisbon, Helsinborg and Madrid were able to lay the foundations of what is today the main reference of padel amateur worldwide. 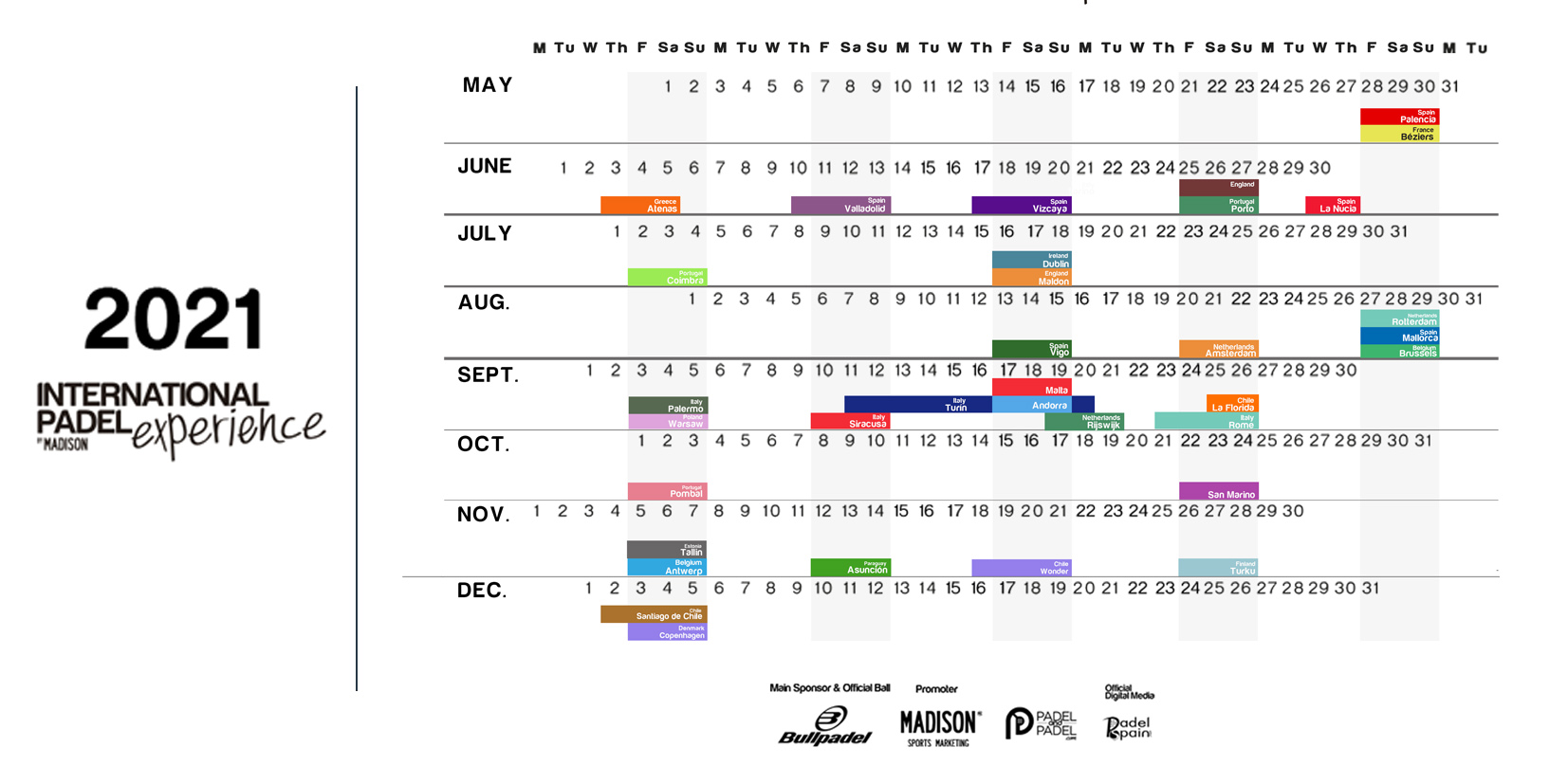 The incorporation of new international venues such as Copenhague (Padel Copenhague), Palermo (Padel Palermo), Coimbra (Star Padel), Rijswijk (La Playa), Pombal (Padel Break), Antwerp (Garrincha Antwerpen), Turku (Padel Park), Pembroke (Padel Malta), Tallin (Rocca al Mare Padellikeskus) and La Florida (Club La Florida) generates an enormous expectation around the IPE by Madison worldwide. Every year, there are many cities that knock on the door of the circuit to host one of its tournaments and enjoy a unique experience.

All these venues include environments areas in which padel has had a massive impact causing a success of participation with the aim of being able to continue breaking records of participants, and, in this way, achieve the goal of exceeding 10,000 players throughout the season.

Bullpadel will be the main sponsor once again and it will be present in each one of the venues. In this way, the world's leading brand will contribute with the quality of its products to enhance the experience of all participants, who will receive the official IPE by Madison polo shirt with their registration. In addition, the winners of the different categories will receive as a prize, in addition to the direct pass to the Master Final, sports equipment of the brand.

A 2021 tour is coming with the aspiration to continue breaking records and bring the best international padel amateur worldwide throughout a perfect alliance between sport and tourism, which merge again in a project that continues to evolve and it is already a reference in the world.

Padel Lovers, the registration for the tournaments will be open soon. Stay connected and do not miss the news in our social media networks. We will break records again, enjoying the IPE by Madison experience meanwhile!