A top calendar for the tenth anniversary
The tenth season of the International Padel Experience By Madison is ready. The tournament, consolidated as the [...]

Bullpadel and the International Padel Federation renew their alliance
Bullpadel maintains the Official Ball Category, and added in this new stage of the agreement, the Categories of [...] 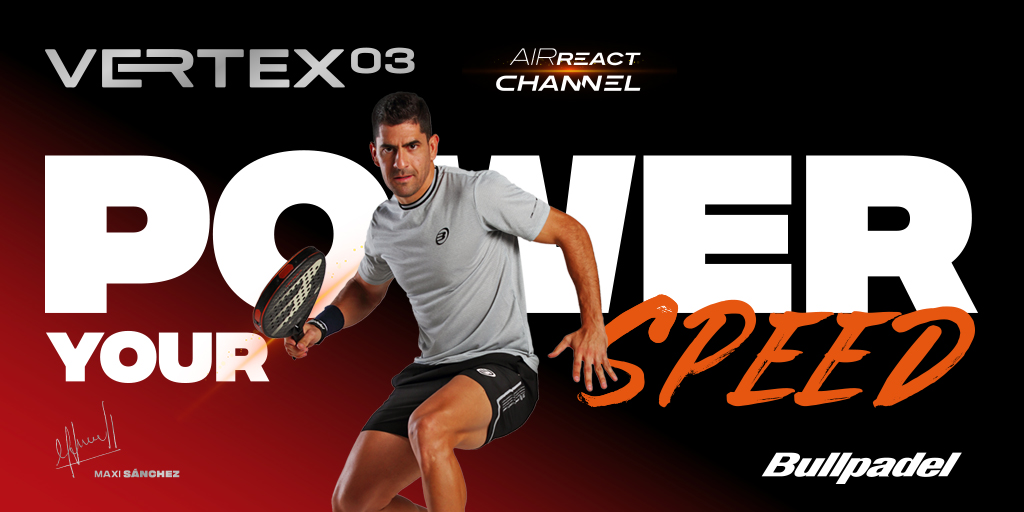 Some products define an era, weaving themselves into the history of padel. The VERTEX belongs to this family: it is the best-selling racket in the world. And we’re reinventing the iconic Bullpadel racket. A new design. With new AIR REACT CHANNEL technology: a door to the future, the new era of padel.

EVERYTHING CHANGES WITH THE NEW VERTEX 03

When we were given the task of advancing the VERTEX, the best-selling racket in its category, we understood the magnitude of the job, but we also saw it as a real challenge for all our R&D team.

How could we improve such an iconic racket, adored by all padel players?

We decided to start from scratch. We asked ourselves where padel came from, and where it was going. We spoke endlessly with players, in clubs, at tournaments, with our wide network instructors, with our trainers, and, of course, with our professional players. There’s an enormous community of experts associated with Bullpadel.

We asked what they needed for their game to evolve. To help us reach our maximum potential.

The answers were the same from both club and professional players, all relaying the same concepts:

We shared countless hours of play with them, coming to understand that we needed to create a racket that was agile, light and firm at the same time, but above all, the most responsive and fast on the market.

For a product to develop, you need to take into account how the game has evolved.

Today, we can say that we’ve moved into a new era, an era of speed, where the aim is to dominate the game through power, responsiveness and speed. But you need to give the player the tools to control that speed. And to do that, we’ve developed the AIR REACT CHANNEL®.

An aerodynamic beam, where the air passes through the throat of the racket via a hollow channel, creating a structure that is firmer, more agile, and lighter at the same time.

The four arms of the throat’s structure generate a faster and more powerful response when playing a stroke, and greater control when placing the ball.

To achieve this evolution, we divided the player's stroke into two phases.

This technology is incorporated into the whole VERTEX racket line: 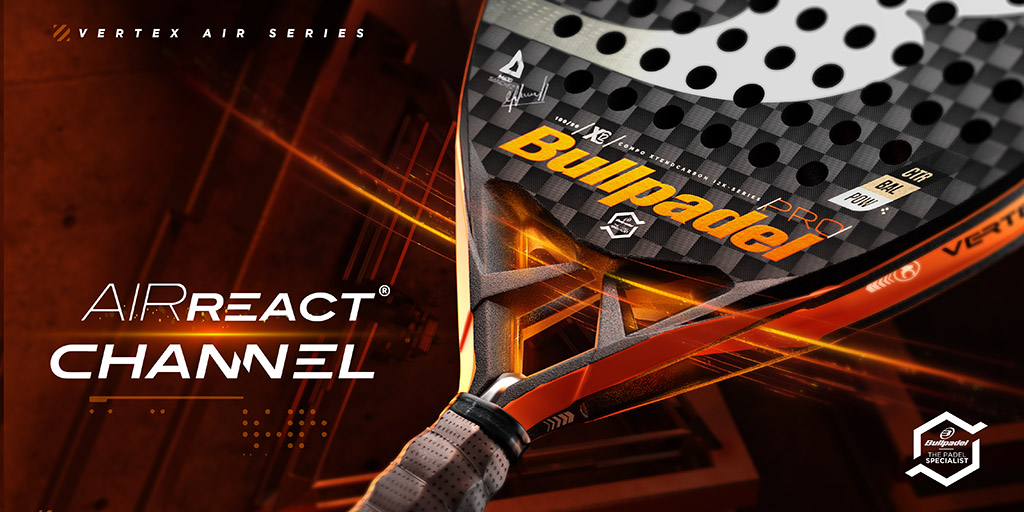